skip to main | skip to sidebar

The Globe and Mail is publishing today a slightly edited version of this obituary, which I sent in to them shortly after Danny died. I'm grateful to the paper for not trimming much, but I thought I would post the full thing here for those who may be interested. There's no way to express fully how endlessly sad it is that he has died. 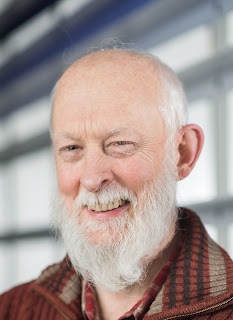 In one of the best-known scenes from the acclaimed 1997 film Good Will Hunting, Will Hunting (played by Matt Damon) defends a friend who’s being ridiculed by a pretentious Harvard graduate student. The topic is early American history: as the grad student starts to argue that, in his view, historians have greatly underestimated the impact of inherited wealth in early America, Will interrupts to suggest that the idea is not in fact the grad student’s own: “You got that from Vickers, "Work in Essex County," page 98, right? Yeah, I read that too. Were you going to plagiarize the whole thing for us?”

The academic being referred to, Daniel Vickers, was then on the way to becoming, in a quiet way, one of the most respected historians of colonial America. In two landmark scholarly monographs (Farmers and Fishermen and Young Men and the Sea) as well as in numerous other publications Vickers drew a picture of eighteenth century New England that emphasized the importance of class and of capital, and provided an extraordinarily vivid sense of ordinary people’s lives during the period. Vickers made a somewhat unlikely figure as a leading historian of America: a Canadian, he lived and worked north of the border for most of his life. But he was as widely loved when he taught in the States as he was in Canada; as one UCSD student expressed it, “Vickers is awesome…. He teaches American history, and he is Canadian!!! He has the coolest point of view, and doesn’t teach about stupid crap...we learned the interesting side of history.”

Vickers died February 8 in New Westminster, aged 64. Born and raised in Toronto, Vickers was the son of art historian G. Stephen Vickers and community service volunteer Elizabeth Hannah Smith Vickers. Danny sometimes joked that he might hold the record for consecutive years being educated by institutions associated with the University of Toronto; primary school at the Institute of Child Study was followed by high school at the University of Toronto Schools, and then a BA and an MA at the university itself. It was during his university years that he met Christine McManus, whose own Masters research work was in neuropharmacology; before long, the two were married.

Vickers went to Princeton for his PhD. It was there that he began what became his life’s work academically, but he found Princeton itself stiflingly elitist, and escaped as often as he could to Toronto or to New England towns such as Salem and Nantucket, where he would spend long hours poring over local records.

After two years as a post-doctoral fellow in Williamsburg, Virginia, and a year teaching at the University of Wyoming in Laramie, Vickers was appointed to a permanent position at Memorial University in 1984. The family flourished in Newfoundland, but in early 1999 Vickers was diagnosed with non-Hodgkins lymphoma. The high reputation of the doctors at the University of California, Dan Diego was a factor in Vickers accepting an offer to join the UCSD History Department later that year.

By this time Vickers was well known to historians throughout the States. His award-winning 1994 book Farmers and Fishermen: Two Centuries of Work in Essex Country, Massachusetts, 1630-1830, had delineated through painstaking analysis of archival records of entire communities the extent to which the development of New England had depended on labor that was largely unfree—with workers held in check not by slavery but by onerous burdens of debt. It had been hailed by reviewers as “one of the best works yet written on the early American economy” and as a book that explained “the deepest inner workings of New England society.”

This was followed in 2005 by Young Men and the Sea: Yankee Seafarers in the Age of Sail, in which Vickers challenged the long tradition of treating a young man’s decision to go to sea as an inherently momentous one, and the life of a seafarer as inherently exceptional; again through painstaking archival research, he demonstrated that that most young men who went to sea did so with a sense of inevitability—and that not until the late nineteenth century did seafaring life begin to seem exceptional. Maritime history was somewhat out of fashion with the general public when the book appeared, and it sold less well than its publishers had hoped, but reviews of Vickers’ work by historians were again extraordinarily enthusiastic; the book was praised as “a masterly work,” and “the most original American maritime history ever published.”

As with his first book, Vickers was aided greatly in his research by his wife Christine. He credited as well research assistant Vince Walsh for a substantial contribution to the project.

In a third book, a 2006 scholarly edition of The Autobiography of Ashley Bowen (1728-1813), Vickers made available to a wider audience what is believed to be the earliest American maritime autobiography extant, and provided, in the words of one reviewer, “an excellent introduction that places Bowen in the larger context of Atlantic history.” A fourth book, A Companion to Colonial America, a large edited volume, appeared in 2008; it was praised as “an indispensable survey of a generation of scholarship on early American history.”

Vickers served as chair of the UCSD History Department for much of his time there, and was well respected for having helped to unify a distinguished but sometimes fractious department. The family found the suburban lifestyle and sunny consumerism of San Diego less congenial than the rocky insularity and dour humour of Newfoundland, however; in 2006 Vickers accepted an offer to return to Canada to chair the History Department at the University of British Columbia—where he was again credited with having done much to bring together a large department with often divergent interests.

Throughout his life Vickers was devoted to family—to his parents and his sister, to Christine, and to their three children, all of whom remained close to their parents, even as they put down roots thousands of miles apart.

During his time in San Diego and Vancouver Vickers managed to live life more or less to the full—but lived always with his cancer. In San Diego he was at one point near death and required a bone marrow transplant; his insurance would not cover the hugely expensive treatment, which his doctors managed to provide only by including him in a research study for which participants’ costs were covered.

At UBC Vickers started work on what would have been his most ambitious project, exploring multiple strands in the history of early capitalism. Weakened by the lymphoma, he was forced to scale back the project to a more focused study of the borrowing and lending habits of Matthew Patten, a New England farmer of the eighteenth century who left behind unusually detailed records. It was to be a work that, in Vickers’ own words, would use Patten’s “personal diary and accounts to examine the distinction between commercial and neighborly obligations in the pre-industrial world.” That project remains uncompleted at his death.

Everywhere he taught Vickers was praised by both faculty and students as highly intelligent, warmly collegial—and extraordinarily funny. Though not known for witty remarks, he was unsurpassed as a raconteur; his speaking style could be both lively and droll, and he had slow but impeccable timing.

Tall, thin, and ungainly, he had a surprisingly good singing voice, and an extraordinary memory—for baseball facts and figures as much as for the details of maritime history. Even during his final days in hospital, when he was having great difficulty speaking and breathing, he was able to respond with enthusiasm when someone said “You can probably even remember who played third base for the Detroit Tigers of 1941.” The words came loudly if not clearly through Vickers’ oxygen mask: “Higgins. Pinky Higgins!”

Vickers was known throughout his life for his generosity of spirit, and his utter lack of acquisitiveness. When the letter came from Mirimax in 1997 asking Vickers’ permission to have his work quoted in a forthcoming film starring Robin Williams, he thought it was all very funny—and never thought for a moment of asking the Disney subsidiary for any money.

In the fall of 2016 Vickers’ cancer took on a more aggressive form, and he was forced to take a leave from UBC. He leaves his wife Christine, his sister Hannah, his children Sarah, Simon, and Tim, and his grandchild Teddy.
Posted by Don LePan at 10:16 PM
Labels: Daniel F Vickers, Danny Vickers, Farmers and Fishermen, Good Will Hunting, Young Men and The Sea

How to Be Good with Words

cover, How to Be Good with Words